A Very Special Thank You to our Covid Sponsors

Unfortunately, Covid-19 has not slowed down the need for us to continue our mission.  It is more important now than ever to make screenings available to young adults.  YH4L has been fortunate to have sponsors who are very generous in donating the necessary protection we need to screen students while keeping everyone safe.  Our medical specialists continue to communicate with Covid-19 specialists on how to continue with screenings while keeping students and volunteers safe.

The WHAT and WHY of an EKG Screening. Sudden Cardiac Death:  Is your School/Team prepared to handle it?

What we have been able to accomplish with the help of our amazing Donors and Volunteers:

* Trained over 18,000 community volunteers to assist with our screenings

* Internationally recognized as leader in the US for screening for SCD

* Assisted organizations across the US in setting up screening programs

* Held education sessions for teachers, coaches, school administrators on how to handle a cardiac emergency

The definition of “vital” is often associated with the necessity for life. YH4L Volunteers are, indeed, vital to the life to our program, as well as to the lives of the young adults we screen. All members of our team participate in the YH4L training program to be ready to help at screening events. Many not only help at local high schools but also travel as needed to neighboring communities.  No medical knowledge is required to volunteer at our events.  We will train you!  Please consider joining us!

Sponsors are essential members supporting YH4L, a not for profit program funded entirely by philanthropy.  Our community thanks the generous donors and supporters who have helped provide the ECG screenings to thousands of students each year free of charge. Our sponsors have made a difference in the lives of many students.  Hundreds of students lives have been saved.  Gifts made to the program are tax deductible as provided by law.

“We never set out to be the biggest—we just wanted to make a difference in the lives of young people.  The amazing growth comes because of the energy and commitment of our thousands of volunteers whose only goal is to save lives.” 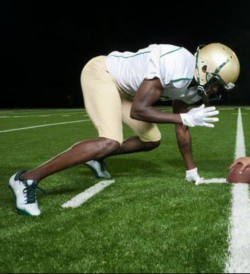 I don’t know how to thank YH4L. I never thought my son had any health problems. If it wasn’t for his football coach, I never would have signed him up for an EKG. The coach told all his players to sign up for the free screening at our high school with Young Hearts for Life. Why would I think anything would be wrong? Tom was perfectly healthy.

I can’t begin to tell you how our life changed that day when I received the phone call from one of your nurses., I don’t think I heard anything after she said that Tom’s EKG showed a condition called Wolff Parkinson White Syndrome. All I could think of is that this couldn’t be happening. He had a full ride to a Division 1 school. How was I going to break this news to him? Were all his dreams gone?

Fast forward a year – I can tell you that Tom is doing great.! Thanks to Dr. Marek and YH4L, Tom is in college and playing football. He had an ablation after his diagnosis and was able to return to working out a few short weeks after the procedure. Tom is here today, because of this program. He could have been that child you read about in the newspaper and say “how sad”. Tom is still a statistic – but a good statistic. He is one of those kids that had a second chance at life because of the YH4L program. I will forever be grateful for this program.

With all our hearts – Thank you YH4L

Tom and his VERY Grateful Mother When I was first approached about David having an EKG through YH4L, my first thought was “why not”. It would be a good baseline. When David was 10 days old, the doctor had run a rhythm strip on him but at that time there was less awareness about diagnosing Long QT, and so, it went undetected.

David had played sports for years and never had any symptoms of any heart condition. He was an active and perfectly healthy 14 year old. When I received a call about his EKG being abnormal, I immediately thought they were calling the wrong person. This was totally unexpected. They had to be wrong. I could not believe what I was being told. Dr. Marek was very diligent and saw David right away. He suggested all family members be evaluated along with having genetic testing completed. At this point, I still thought that they would maybe come back and tell us there was some mistake made and David was fine.

It was ultimately confirmed. David did have Long QT and genetic testing was positive. My younger son, although his EKG was normal, was genetically positive for Long QT. I also had an EKG and testing done. My EKG showed Long QT along with my genetic testing. I took a day to be upset and then realized how lucky we were to have this information. YH4L screening not only lead to David being diagnosed and properly treated, but because of their free EKG, my younger son and myself can also be treated. David is responding well to treatment and back to playing tennis, running, and skiing.   I cannot begin to say how grateful I am for Young Hearts for Life and the work they do.